Join us over Zoom as we watch the Metropolitan Opera's Live in HD performance of Doctor Atomic (hosted by Albrecht Music Library).

Register and receive the Zoom details.

“John Adams’s mesmerizing score, in the powerful production of Penny Woolcock, tells the story of one of the pivotal moments in human history—the creation of the atomic bomb. Conducted by Alan Gilbert in his Met debut, this gripping opera presents the human face of the scientists, military men, and others who were involved in the project, as they wrestled with the implications of their work. Baritone Gerald Finley gives a powerful star turn in the title role as the brilliant J. Robert Oppenheimer.” - Metropolitan Opera 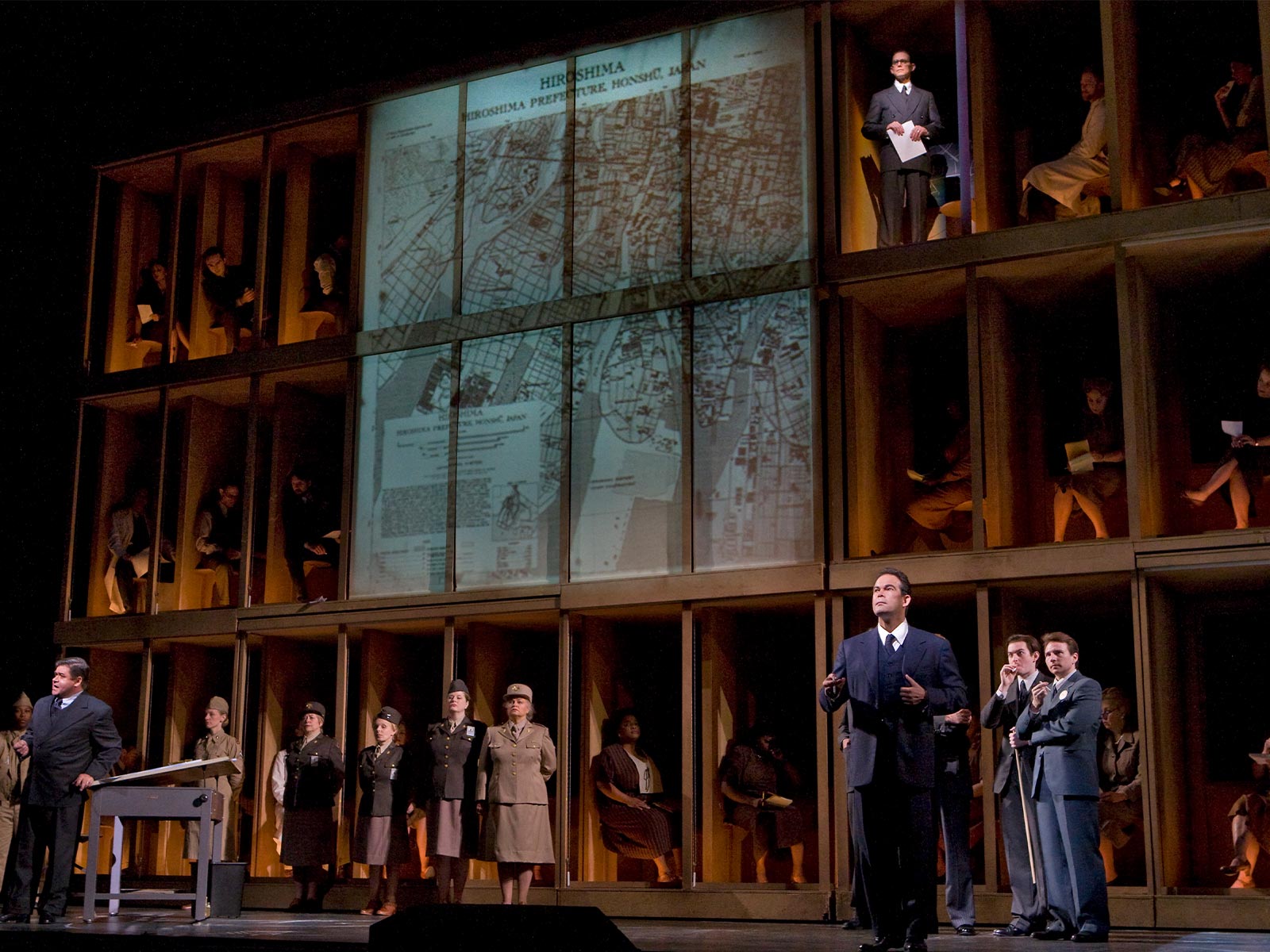