Ahead of the Warhol exhibit at the University of Pennsylvania, the three iconic artists—Leonardo, Picasso and Warhol---in synthesis, will be presented as a lecture with images.

First onemust define “iconic images”. Oxford Leonardo scholar Martin Kemp in his book From Christ to Coke defines an iconic image as one that transgresses its original intent, with widespread recognizability and “has come to carry a rich series of varied associations for a very large number of people across time and cultures.” For Leonardo: The Mona Lisa, The Last Supper; for Picasso: Les Demoiselles d’Avignon, Guernica; for Andy Warhol: Campbell Soup Cans, Coke bottles, Brillo Boxes,and the celebrities, Mao,Liz, Elvis, and of course Marilyn. Of these three artists, Leonardo and Warhol seem a fit, since Warhol make his own versions of the Mona Lisaand The Last Supper. But Picasso is necessary, because without his giving birth to the Modern Era in art, Warhol wouldn’t have been possible. Each of the three made an impact that helped change the direction of art in their eras.

For 13 years Jo Ann Caplin has been a Lecturer at the University of Pennsylvania’s Center for Contemporary Writing, the Critical Writing Program, for years teaching courses such as The Science of Leonardo da Vinci, and Einstein and Picasso. Her expertise has been in the relationships between science and art. 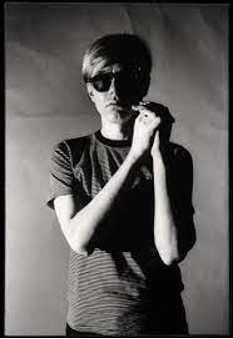