Andy Warhol's body of work has for decades been best known mainly for his shoe drawings, paintings,and films. Surprisingly, these mediums occupy only about half of his entire creative output.Thanks to the curator, art historian and collector Paul Marechal, the art world is now privy to more comprehensive knowledge of Warhol’s other art practices. Marechal has researched and assembled an expansive collection of Warhol’s work indexed in his publications of Andy's extensive creative output of commissioned works, such as record covers, magazine illustrations, posters,and ephemera -none of which were ever intended for museumgoers.

Born and raised in Montreal, Paul Maréchal is an art historian, curator, and author on the work of Andy Warhol. A longtime admirer and collector of Andy Warhol, Mr. Maréchal has started his research on Andy Warhol’s printed matter in 1996, at a time when art historians were still evaluating Warhol’s importance and place in XXth art.. 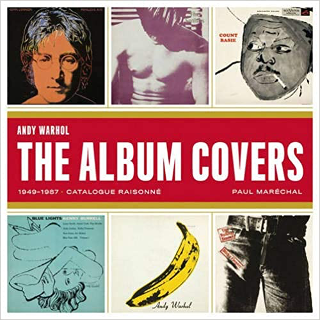