Jewish Art in Muslim Realm: The Efflorescence of Ketubbah Illustration in Iran and Afghanistan as Mirror to Jewish-Muslim Socio-Cultural Relationships

Presented by Professor Shalom Sabar, The Hebrew University of Jerusalem

The joyous practice of Jewish communities decorating the marriage contract (ketubah) expresses the happiness and festivity of the marriage ceremony. This artistic tradition emerged among the Jews of Egypt and Eretz Israel as early as the 9th-10th centuries and continued to flourish among the Jews of most Islamic lands till the modern era. Outside Europe, the center of ketubbah illustration in the last centuries was undoubtedly Iran. Despite the poverty and harsh conditions of Jewish life in Iran, the major communities in towns such as Teheran, Isfahan, Yazd, Shiraz, Hamadan, the Kurdish community of Sanandaj, and the sister community of Herat in Afghanistan, developed their own typical style and meaningful motifs that enriched their ketubbot with colorful decorative designs influenced by Iranian arts and crafts, including illuminated Koran manuscripts and luxurious Persian carpets. At the same time, the decorations embody the Jewish identity of the community and its position as a proud religious minority in a hostile environment, even in the holy city of Mashhad, where the Jews were forced to convert to Islam but continued to produce attractive marriage contracts, both according to Jewish and Islamic laws.

This lecture is sponsored by the Jewish Studies Program at the University of Pennsylvania. Attendees are invited to attend a reception following the lecture. 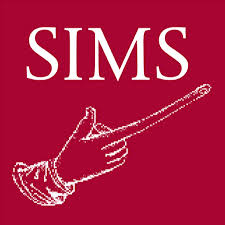